Nattō is a traditional Japanese food made from fermented Soybeans .  It is often eaten for breakfast, but also other meals.  To say it is an acquired taste is a bit of an understatement, but I’d put it in the same category as blue cheese, Vegemite, marmite and other strong, pungent smelling foods that can be off-putting just by their smell.   Natto has the added bonus of a seriously slimy texture..  So its a difficult one to get to the “acquired” point ! 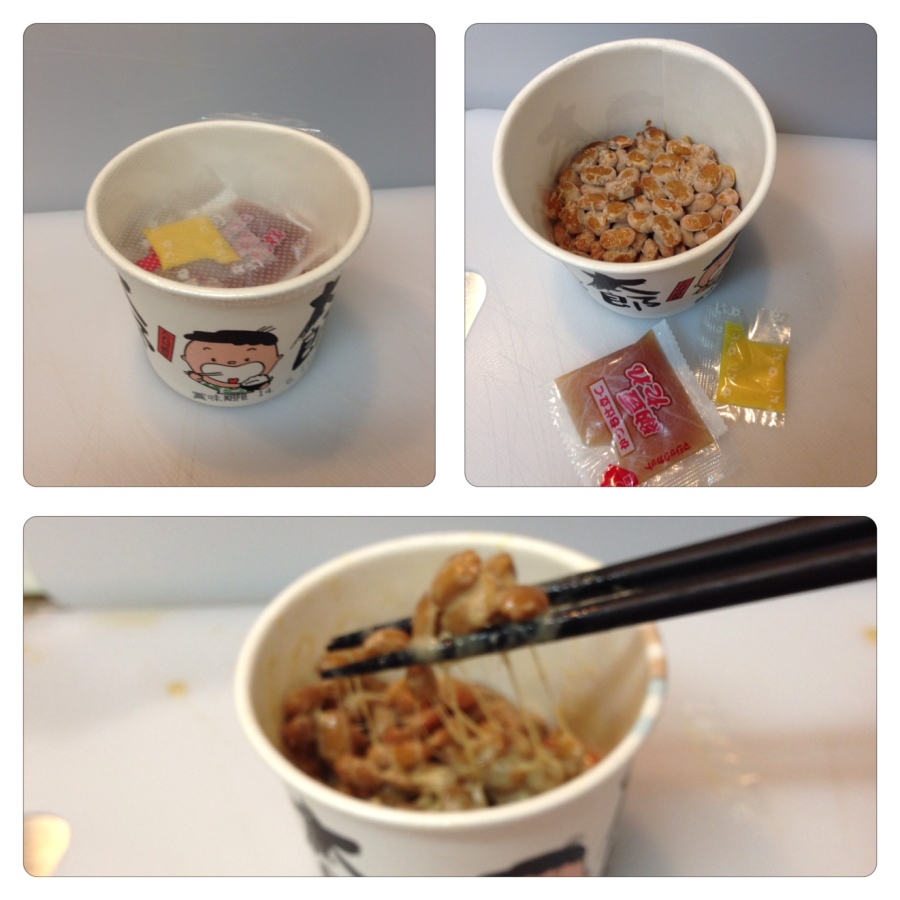 Its available in the supermarket in a little tub with soy sauce and mustard, you mix both in and then eat, with or without rice…

In Japan it is recognized as being a “health”‘ food.  It is highly nutritious and is believed to have many health benefits .  Natto is fermented by adding special bacteria to soybeans, creating the unusual aroma and texture.

Natto has major benefits for the vascular systems, allegedly  reducing cholesterol, blood clots, heart attacks, pulmonary embolisms and strokes.
Natto is high in Protein, a good source of dietary fibre, contains no preservatives, rich in Vitamin K2 & B2  and contains Nattokinase an enzyme that recently has hit the press for its “blood thinning” potential..  Added to all that its Gluten free….